During period 1 and 2 already a lot happened during our student council year. We proposed to set up an student/mental wellbeing committee in the SC, set up our CSF support group, organized a voluntary event and a Christmas carol during the Christmas break, started our Mental Monday (MeMo) series on our socials and we have put energy in becoming a part of ISO, which is still an ongoing process.

At CSF, we think there is not enough emphasis on student/mental wellbeing within the SC as there are only some minor projects dispersed over the different committees within the SC. Therefore, CSF committed itself to have a special committee for this topic on the agenda. However, the other parties were not in favour of having such a committee, but after a fiery debate, CSF managed to have a student/mental wellbeing structurally included on the agenda of one of the committees. However, CSF still thinks that having a student/mental wellbeing committee is important as 1) the whole committee will be dedicated to this leading to more awareness, ideas and concrete actions 2) it won’t drag the attention away from other important and committee specific topics that need to be discussed as well and 3) the projects that are now dispersed within the committees will be bundled and can be handled better.

As said, CSF also want to contribute to better student/mental wellbeing, how little it may be. Therefore we started our Mental Monday series on our socials to give you some tips to stay mentally healthy.

We as CSF think that listening to students is one, if not the most important things of the student council. Therefore we set up a CSF support group of which everyone can become a member. By this we hope to hear your concerns about any student related topic soon and discuss them if necessary with the Executive Board of the university (Arthur Mol in most of the times). Do you want to join one of our support group meetings (SGMs) to see if it is something for you? Please, send an email to csf@wur.nl or fill in the contact form.

Lend a hand and Christmas carol

The multiple voluntary activities under the theme ‘lend a hand’ were successful. We baked cookies and delivered them to the elderly, helped someone move from their previous house to another one, cleaned Wageningen by collecting litter, and organized an activity for women. It was a very nice day, and it was very good to see that we could mean something to the people of Wageningen during these hard times. It also contributed to the connection between international and Dutch students and between students, people from the asylum centre and the residents of Wageningen, which is a spearhead for Student Council and was raised by CSF.

Unfortunately, the Christmas carol was cancelled due to the lockdown. We had nice plans to sing Christian songs, have a potluck and play board games afterwards, but perhaps it could occur next year. Although we didn’t expect it to happen, we still had our rehearsal for the songs on Saturday morning, and it was good to make music together.

CSF also wants to represent our constituency on a national level as we think they are worth the effort to contribute to education at the national level. For this reason, CSF is involved in striving to become a member of Interstedelijk Studenten Overleg (ISO; not to be confused with ISOW). Becoming a member is a long project in which we have to present ourselves to their members and be actively involved in the committee higher education, but we have started our journey. If everything goes well, we will become aspiring members for a year, and after that, we can become full members with voting rights on the position paper. 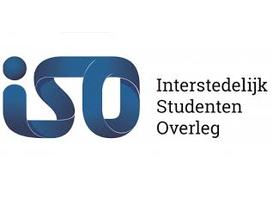